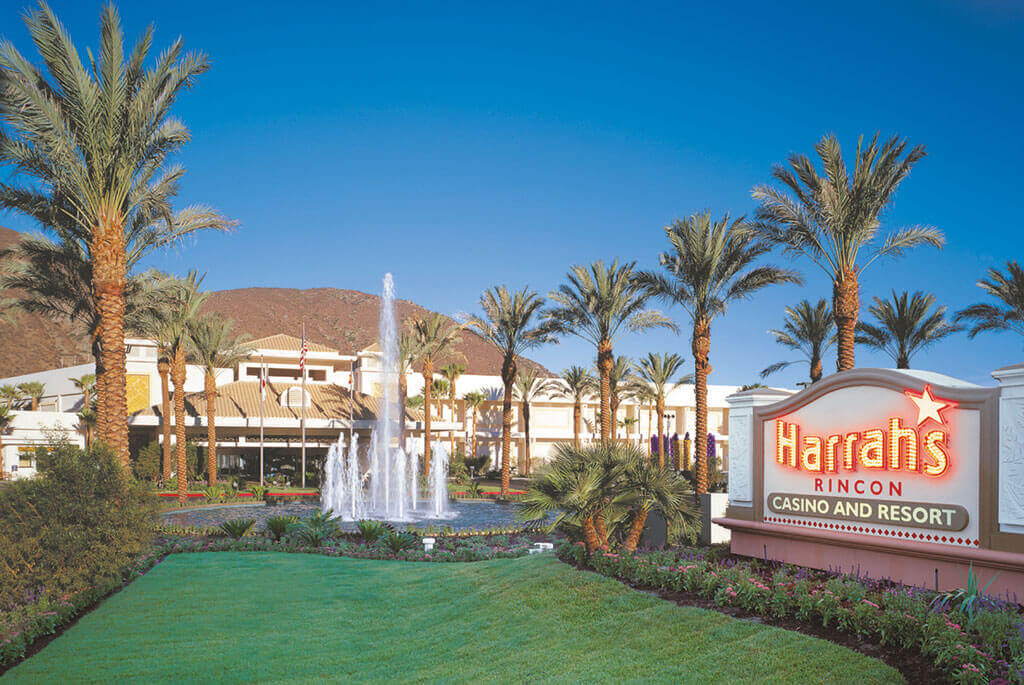 Harrah’s Rincon Casino and Resort opened on the Rincon Indian Reservation in Center Valley, San Diego County, in southern California, on December 20, 2004. It comprised the Garden Tower, originally opened in 2002 and then renovated and re-launched as Harrah’s Rincon in 2004. The Spa Tower was also added in 2004, allowing the casino to offer guests 662 rooms in total.

Expansion at Harrah’s Rincon began in 2012. In 2014, a third tower was opened, the Resort Tower North, adding an additional 403 rooms to the resort’s capacity, bringing the total to 1,065, including 152 suites.

To mark the expansion, Harrah’s Rincon was rebranded as Harrah’s Resort Southern California, and the Garden Tower renamed the Dive Inn, while the Spa Tower became the Resort Tower South on the completion of renovations in 2015. The hotel offers guests swim-up bars dotted among the three pools and connecting water features, and runs a popular Dive Dayclub.

Harrah’s Resort SoCal owes its existence to a decision by the US Supreme Court in 1976. The court held that Native American tribal authorities have sovereignty over laws in their reservations, not federal or state governments.

This allows the Rincon Band of Luiseno Indians, the original inhabitants of the San Luis Del Rey River valley before Spanish missionaries and US settlers arrived, to make their own laws concerning gambling, and license casinos in their territory so that they can invest the profits in community education, health and development. Harrah’s Rincon was opened in partnership with Harrah’s Entertainment, a gaming corporation that at the time already had multiple operations in Nevada and several reservations.

From a single bingo parlour opened in Reno, Nevada, by gaming entrepreneur Bill Harrah in 1937, Harrah’s had grown through several changes of ownership and mergers to be a significant player, with the gaming experience the Rincon authorities needed when they opened their first casino in 2002. Harrah’s Entertainment was renamed Caesar’s Entertainment Corp in 2010, to trade on the brand recognition of one of the corporation’s acquisitions.

Like the original Harrah’s Rincon, Harrah’s Resort SoCal offers guests a variety of family entertainment over and above the action on the casino floor. Live music, cabaret and stand-up comedy shows, outdoor summer pool parties at Dive Entertainment, and seasonal food and drink festivals are all on the menu, along with golf, shopping, restaurants, spa treatments, bars and nightclubs.

The main attraction, however, remains the Harrah’s Resort SoCal casino. It offers 1,700 slot machines, with bets ranging from pennies to $100 per spin. Featured slot titles include Dungeons and Dragons, Colossal Diamonds, 50 Dragons Deluxe, Sphinx 3D and Pink Panther, along with several Video Poker options. There are more than 68 table games on offer, including Poker, Pai Gow, Roulette, Craps, real money blackjack Australia and Baccarat. Progressive jackpots and big-prize tournaments are also a regular feature at Harrah’s Resort SoCal, catering to both slots and table-games players.